Hélène:
It goes without saying, this year as been my best since this blog started! Harvests have been bountiful, weather was better than the previous years and failures were few.

The failures:
The only noticeable problems were the abundant rains at the beginning of the season (althought I still prefer too much than not enough), but all these clouds offered less sun. In my garden, this made strawberry harvest a tad late and less sugary than usual (sun = sugar, after all). At the grocery store, this lack of sun and too much rain manifested by a shortage of local strawberries. It also forced farmers' markets to open later in the season than previous years. This lack of sun put in motion curious events: I barely had any sunflowers. Actually, the 5 sunflowers that managed to grow matured only at the end of September and they weren't as tall as they should have been. Surprising, considering everything else was bigger than its usual size.

My dill didn't fair well either : the spot where the seeds fell last year was covered with plants before the dill managed to grow since everything else was so vigourous. The asparagus have been slimmer than pencils this year, so I didn't harvest any. But I filled up on hosta sprouts that have a similar taste.

More bad news were the strong winds that blowed throughout the season; they actually were so strong my tiny lilac "Miss Kim" in front of my house had to be replaced (by a linden tree - Tilia - which gave me a marvelous flower harvest to make beautiful linden herbal tea) and my only mature tree behind my house, a birch, lost its major limb! I'll most likely have to change it next year.

Finally, the last problem came at the end of August. Temperatures dropped drastically at that time, especially at night and althought we had bits of good weather here and there, I was anxious during September and October since the date for closing the garden was hard to predict. Furthermore, the first two weeks or so of September brought rain, cold and clouds everyday; there was so little sun that my groundcherries became a failure. I had a lot, they just never could ripen enough to be edible!
Successes:
Oh there are so many! From tomato to potato, I'd rather show you loads of pictures to express the success rate in the garden this year. 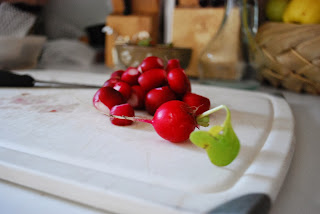 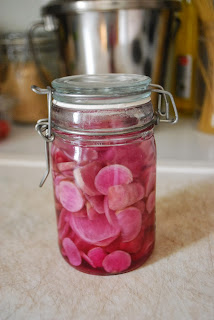 I made a couple of lacto-fermented jars of radishes, by far my favorite way of eating this otherwise uninteresting root (in my opinion, at least!). 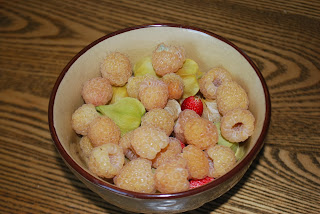 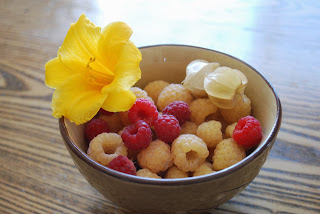 Raspberries (2 colors please), strawberries and groundcherries (in sparse quantity) were fabulous at the beginning of summer. My golden raspberries don't make a huge harvest but they deliver throughout summer and part of autumn. Actually right up to first frosts. That's amazing! I was still munching one or two here and there near Halloween! 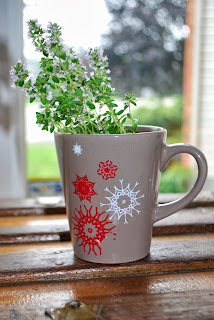 Mixing plants to make a cup of herbal tea feels limited only to the imagination! In the picture to the left, a cup of thyme just before pouring hot water on it. Thyme is ideal if the body needs strenghtening against viruses - a bit like echinacea. The photo just down shows lavender flowers. I like to add lavender flowers to any tea, my favorite mix must be peppermint, lemon balm, dill seeds and lavender flowers.

Lavender flowers are delightful in pastries too: lavender powdered biscuits are scrumptous. 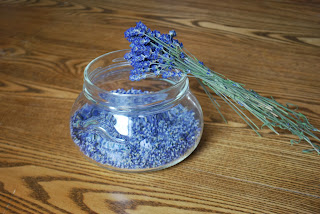 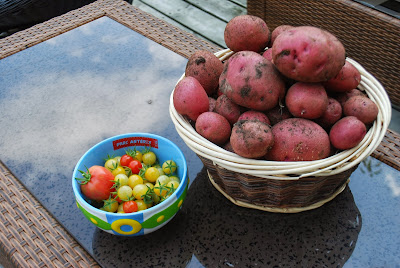 The potato harvest has been magnificient! This year's variety was a red potato called Norland from Veseys and it's delicious. It makes awesome fries and combines well in a soup. I wouldn't recommend it for mashed potatoes since the resulting texture becomes sticky and bland.

The tomatoes in the picture to the left are only at the beginning of harvest time. Later on I had much bigger harvests than these, like the picture just down here. On average, I was harvesting a full bowl like this every 2-3 days. 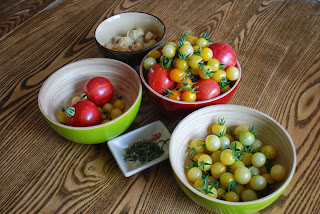 Some harvests don't need a picture even thought they were plentiful! Like turnips. We'll have enough for the entire winter! Mustard harvest was also colossal, so was fennel seeds (I'll be talking a little more about this at the end of this article). Actually, herbs and flowers have done really well. 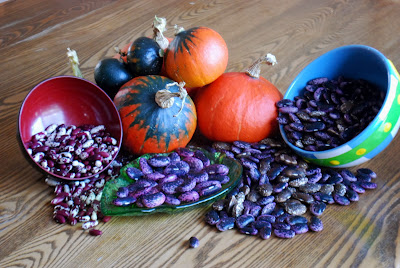 Beans have been incredible too: on the picture above, the beans to the left are called Jacob's Cattle (they are white with wine-red spots giving them a certain bovine flair) and the beans to the right are a mix between two climbing varieties, Scarlet runner beans (my favorite variety above all, the beans are black and purple) and Painted Lady (similar to Scarlet, but the beans are white and brown and the two-tones flowers are prettier than the one-tone of Scarlet). 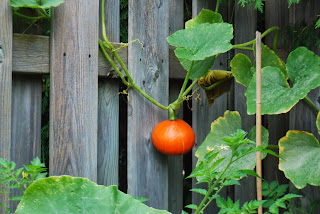 This squash is a great variety called Sunshine, that has been recommanded to me as one of the best tasting. And it is so true! The flesh is crispy and juicy and makes a delightful puree for the perfect pumpkin cake (here's my favorite recipe on the web; even without any frosting it's sublime). 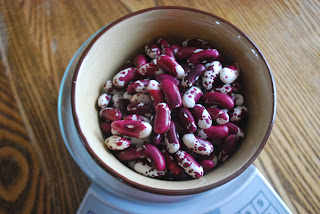 The pictures I took of my beans don't show you the entirety of my harvest: in reality, I froze 1kg of fresh, out of the shell beans that didn't have time to dry up on the plant. The picture on the left shows you the typical cow pattern of Jacob's Cattle beans.﻿

New surprises :
Every year, I like to observe life in the garden and I look out for surprises: stuff I didn't expect. I had some this year althought nothing as spectacular as previous years like the one about mice or this mystery squash growing where it shouldn't (althought this year more than ever I had to be unrelenting about new tomato plants that were sprouting everywhere in the garden and feel like a weed to me by now).

From the kingdom of insects, there were some new faces like the Snowberry Clearwing I spotted in my lilac (Hemaris Diffinis, Sphinx du Chèvrefeuille in French). My neighbour has a huge honeysuckle next door, one of the staple food for this tiny moth, but it loves lilac too! It looked like a bee but its movement - so unlike a bee - caught my eye. What a chance! Its transparent wings gives it an incredible elegance.﻿﻿ 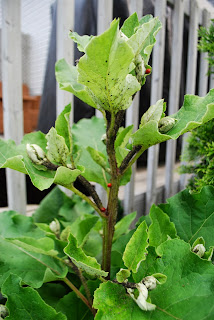 Otherwise, the ladybug population in the garden boomed this year. They are, for me, a good indicator of the garden's health, so I was really pleased to see so many... Especially when I spotted them feasting on aphids that were on my sacrificial plant of the year (a thistle, considered a weed pretty much anywhere and everywhere).

There was a lot of snails too that had beautiful shells! Slugs were also present, but they don't make such great pictures. :) 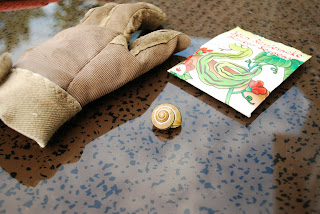 ﻿﻿
The surprise plant this year is fennel. I planted some last year (2012) and at the end of that season, I didn't took the time to clear the plants out. I thought that maybe some of the seeds would allow my fennel to make a come back. Well, not only did seeds sprouted quite happily, but the winter didn't kill the mother plants either! My son loves fennel and whenever he's in the front garden he nibbles on it. Personally, I don't like it much: too much anis flavored for me. But the seeds make delightful (not too scented) herbal teas, so I decided to harvest it this year.