Hearts for Spring, Fireworks for Summer

Hélène:
While springtime is almost at our doors, it's hard to resist the temptation of buying a flower bouquet to enliven the home. Personally, I go for tulips. It's a clear sign that spring is almost here even if there's still 3 feet of snow outside. 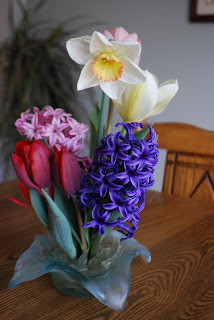 Finally, my own tulips peek out, along with the hyacinths and daffodils. I make bouquets the color of easter eggs - just like in the photo above. But soon enough the bleeding hearts show their tender pink blooms and if there's a bouquet I've anticipated all winter, it's this one. Bleeding hearts' stalks are hard to place in a vase, but if you have the means, like a vial, their crooked stalks become a work of "heart" on their own. 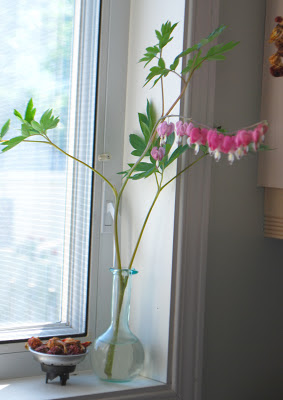 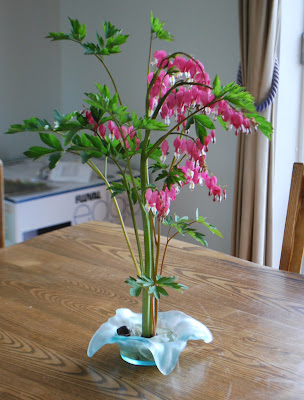 Most will recognize the family name Dicentra, the latin name for most bleeding hearts. However, the variety D. Spectabilis has been reclassified in modern years under the name Lamprocapnos Spectabilis (exhibit A to the left). If your bleeding hearts are relatively tall (2 to 3 foot), flower in the middle to late spring and go into dormancy (partly or completely) by the middle of summer, you have exhibit A, L. Spectabilis. There's also a beautiful white variety. In my experience however, the plant is less sturdy than the pink one, which is pictured left. 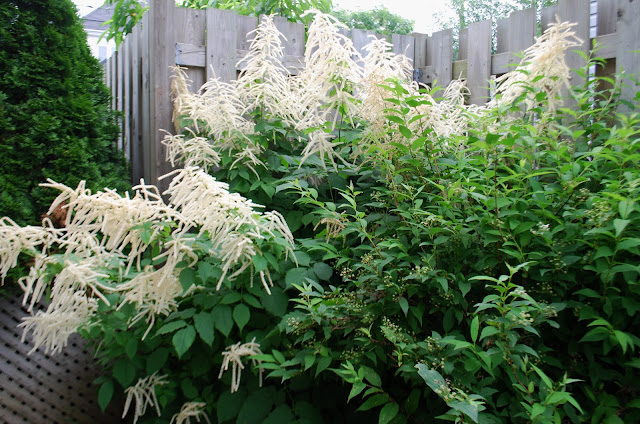 When the bleeding hearts' blooms fade, another interesting plant starts providing me with wonderful bouquets for my home. Goat's beard (aka buck's beard and bride's feathers) - Aruncus Dioicus - has flowering stalks that look like fireworks! In a bouquet, it gives a very intersting effect, for sure. The only problem with that one is if a past-prime stalk is taken inside to make the bouquet, it will generally make a small mess (loads of tiny, tiny seeds everywhere!).

Note that I tend to place any flowering stalk with a couple of hosta's leaves, a green plant that's tame enough but bold enough (amongst other pleasing qualities) to bring the bouquet to another level. I even made hosta-only bouquets more than once. 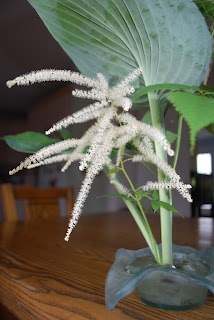 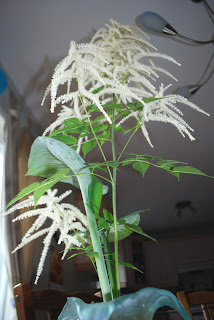 Come the middle of summer and with my open windows, I don't feel the need to make bouquets for the inside of the house anymore. The show outside is more than enough. Of course, the sensation is short-lived. And now that we are in March, I long to have yet again that bouquet-cycle started. However, instead of growing lettuces inside this year, I tried this technique (provided by the excellent team at Lee Valley). The article gives the how-to that looks hard but is not (however my success is not complete, I'll need practice): to force into flowering a branch of a tree or shrub. I tried with a white lilac branch.

I almost didn't write about the experience because it's not a complete success, but since this blog is supposed to show you both sides - successes as well as failures - here's the experiment for your pleasure. As you can see, most flowers didn't flower and the branch itself looks like it's struggling. Maybe I didn't take a big enough branch (to my observation, the branch looks like it's having trouble absorbing enough water, which appears normal to me after three weeks of having been cut), maybe I should have placed it in a sunnier location, maybe the glass I've put it in isn't big enough, maybe, maybe. However, even in such a tiny quantity and a lukewarm success, I'll settle for these flowers and buds that make me smile everytime I look at them! They tell me that, regardless of their drooping state, spring is coming soon and then I'll have an amazing show with the real tree, filled with its beautiful white flower spikes and their amazing scent! 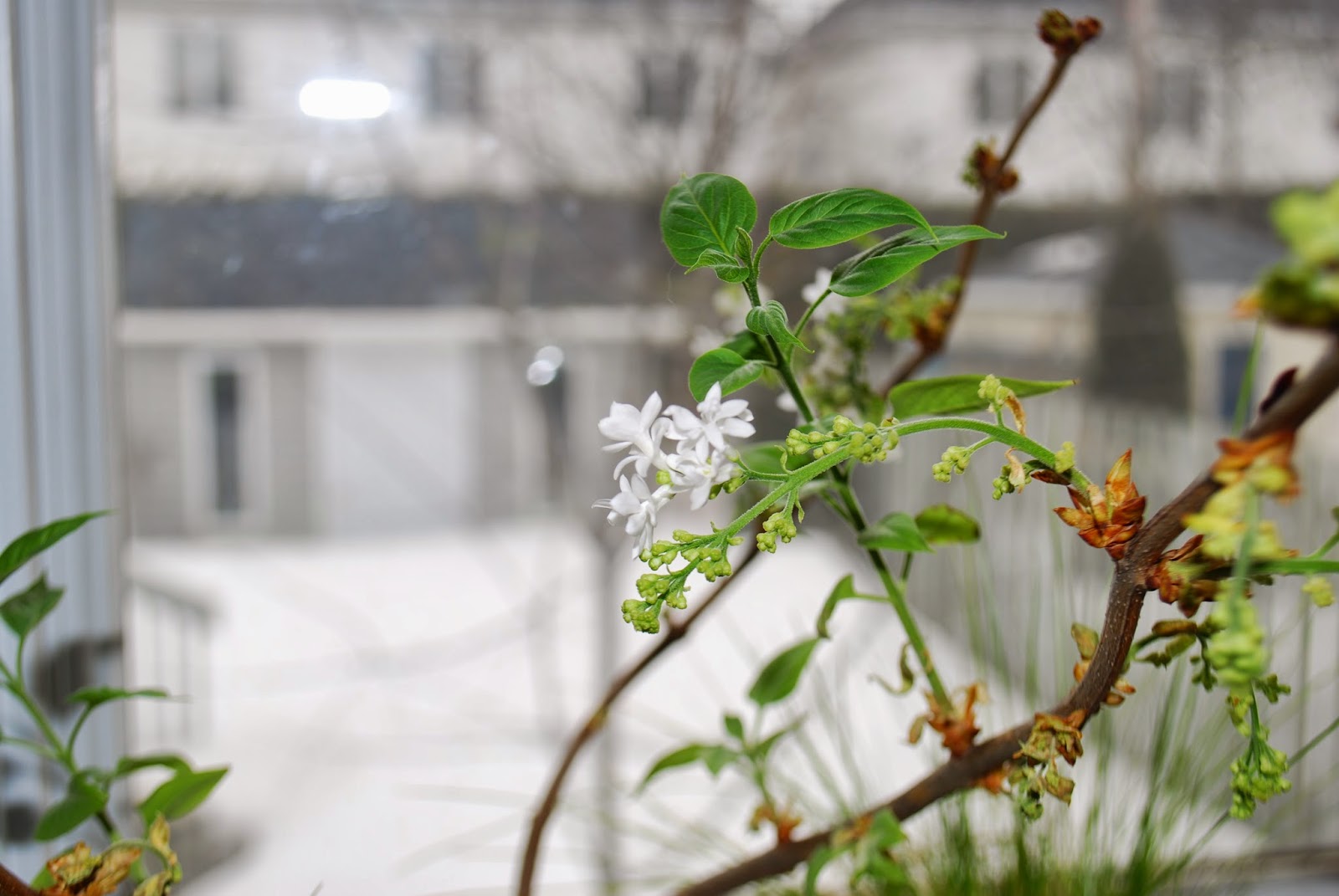