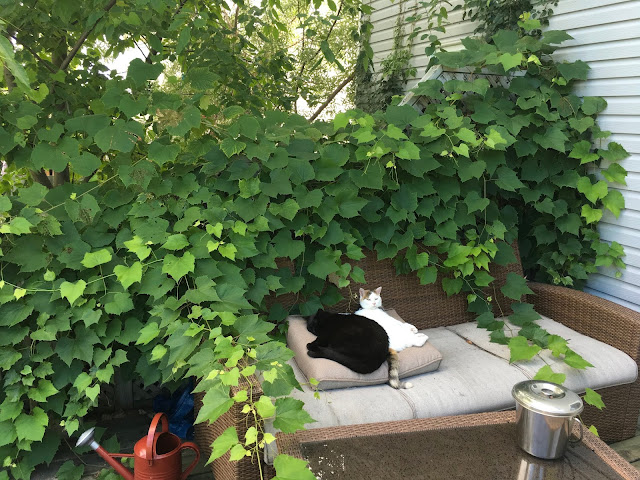 Better late than never! It's been more than a year since we've published anything... What a shame! The crickets are loud in the garden.

The picture above is very representative of the garden of last year, abandonned as it is, the sofa swallowed by the vine (cats don't seem to mind, however). You will surely have guessed that a great many things happened in my life and pushed gardening out of my immediate thoughts for the 2018 season. It was even felt in 2017, in the recap article of that year. The big news was this: there's a new baby! Born in the very cold days during the christmas week of 2017. There's also the fact that I want back to study at university in fall of 2018 but even that had started before baby was even in the cards. I'm sure you will allow that this is indeed a lot of things to keep one occupied. 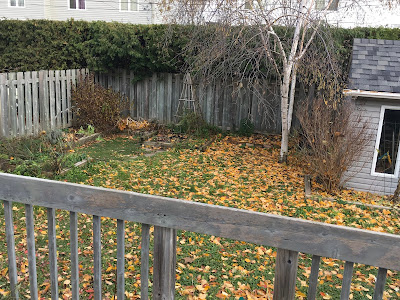 Let's leave these details and check how the garden did anyway, because even if I wasn't taking much care of it, plants do have that tendency to grow on their own, without a human constantly hovering over them. A note, this article is indeed about last year's season, 2017 even if I'm writing this in July 2018. 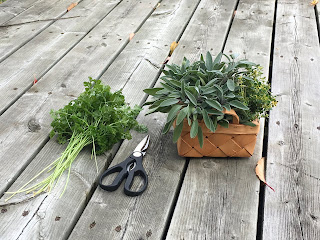 Like 2016, the big success are the perennials. Annuals, left to their own devices, have never been successful in my (lack of) care. I'm mostly speaking about annuals that demand a lot of attention like tomatoes, peppers, etc. I was better prepared for the 2017 season, putting energy on herbs and that did really well. Basil, thyme, parsley, chives and sage where abundant for the fall harvest and I had enough to last me and my family the entire winter. Speaking of, I do appreciate coming back to those easy to grow, forgiving plants.

We feasted on strawberries and juneberries, Louise took care of the red currant harvest et there was a lot of rhubarb too. By the way, red currant and rhubarb make a great jam for anyone who's interested.

But there was so many failures! Because I didn't have time, didn't have the energy. The raspberry stalks dried out as soon as they made fruits and the peaches were absent; they were on an "off" year. Tomatoes and beans gave very little and I never dug the potatoes out. I didn't bother with the grapes either, leaving them for the birds. In a nutshell, I barely tended the garden in 2018!

What's the result of such a lack of work? We are now in July of 2019. Here's what's coming out of this lack: 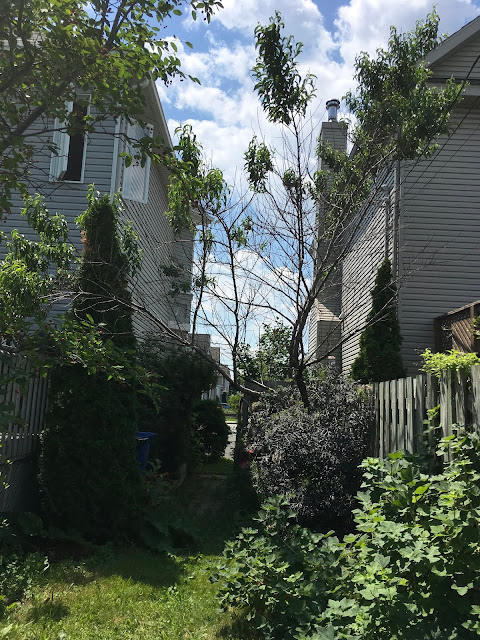 One thing that worries me is the peach tree. Since a picture is worth a thousand words, there it is: a tree, almost leafless except at its extremeties.

I went to my favorite plant store with 3 dead branches. They told me it was a fungal disease called gummosis. They recommanded a spray of copper powder mixted with water. It's the first time I'm ever doing something like that, I don't know if it's gonna be successful or not, but if I wait more, I'm pretty sure I'll lose the tree. Its state is already advanced, so I'll talk more about this in later articles, once the situation evolves.

Funny enough, it's still growing peaches this year! (picture below). 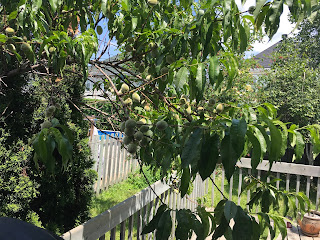 In spring of 2018, it was also clear that the garden was invaded by strawberry. My main bed is about to get swallowed in three-leaves plants - even the giant hosta couldn't quite make a full-proof barrier - but let's just be honest in this beginning of July, while fresh, local strawberries are not yet on the shelves of most stores, I won't complain too much: for a week we enjoyed delicious fruits everyday, as much as we want!


So where do I go from there? I'm really not sure what I'll be able to accomplish this summer, I'm still very busy beside the garden! But I can start here, by trimming the grape vine over the couch and reintegrating myself in my garden, little by little. Who knows where this will lead me indeed? 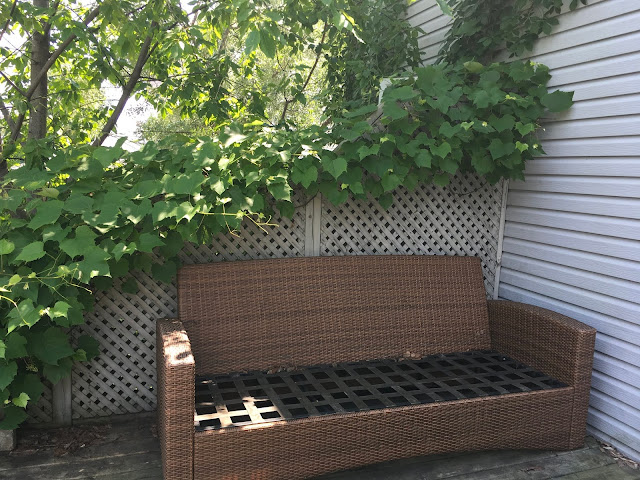